Frank Cooper’s is a premium marmalade that dates back to 1874.  Since that time, we’ve been extremely careful to maintain the quality that was originally stirred into the recipes, so they remain perfect for those with discerning palates and a love of distinctive and bold marmalade.  And all served with a Royal Warrant, no less!

Frank Cooper’s marmalades are enjoyed by a distinguished assembly of people – a jar of Frank’s can be seen down the rabbit hole with Alice in the original illustrated Alice in Wonderland.  Also, James Bond (Sean Connery, of course) eats our Vintage Oxford Marmalade with his breakfast in the book "From Russia, With Love“.

And a jar of Frank’s even went to Antarctica with Captain Scott – it was subsequently found, many years later, buried in the ice!

As we said… distinguished.

Come and read more about us at www.frankcoopers.co.uk 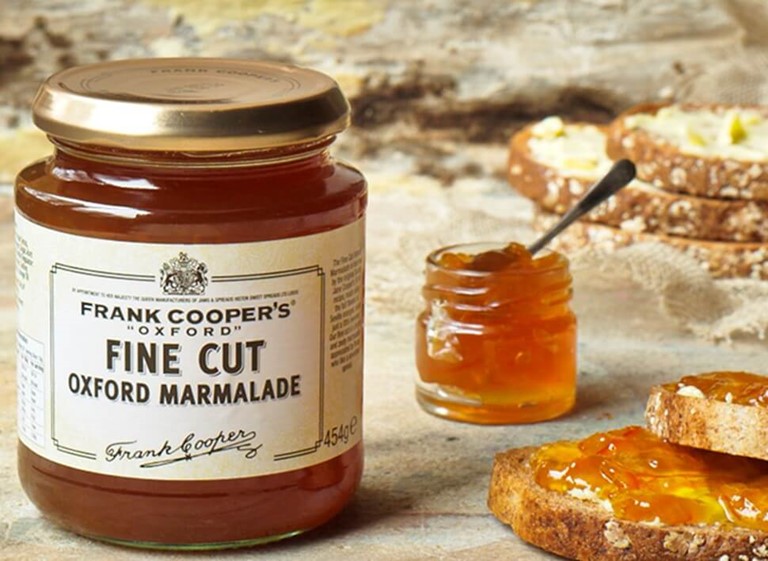